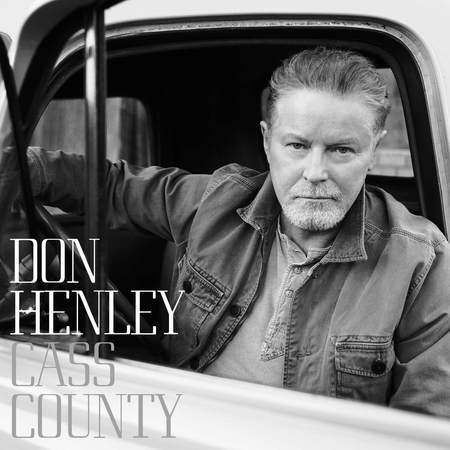 Don Henley will release Cass County, his fifth studio album, and first solo album in 15 years, on September 25, 2015. Named for the northeastern Texas county in which Henley was raised, Cass County will be available as a 12- song standard CD and digital album, as well as a 16-track deluxe version, which will be available on CD, digitally, and a double disc, 180 gram Vinyl LP.  A full track listing can be found below and a sneak peek of the album can be watched here. The album is being released in the U.S. through Capitol Records.

A super deluxe version of the album is available for pre-order in Don Henley’s official online store, including a 50 -page booklet with exclusive photos, collector postcards, deluxe CD album, and deluxe Vinyl (2-Disc 180 Gram). A limited number of bundles are also offered, including a T-shirt and 12X12 lithograph.

Fans who preorder Cass County digitally on iTunes will instantly receive downloads of “That Old Flame” and “Take A Picture of This.”.

Each ticket ordered for any of the tour dates will receive a Cass County deluxe CD. Ticket buyers will receive an email notification to confirm the delivery details for their album. Full tour details will be announced shortly.

Cass County was produced by Don Henley and Stan Lynch, who also co- wrote 11 of the songs on the album, and represents both Henley’s roots and the next stop on his creative journey. “I was born and raised in Texas. I'm a Southerner and a Texan. So this is a natural progression for me. It's who I am and where I come from,” says Don Henley.

Recorded primarily in Nashville, Tennessee, and Dallas, Texas, the album includes guest appearances from Merle Haggard, Miranda Lambert, Mick Jagger, Martina McBride, Jamey Johnson, Alison Krauss, Vince Gill and Dolly Parton. When asked about making the album, Henley exclaimed, “I can truthfully say, I enjoyed making this record more than any record I’ve made in my career because of the people who participated. John Sebastian was dead right in 1965 or 1966 when he wrote that song ‘Nashville Cats.’ It’s still true all these years later. There are some amazing musicians here.”